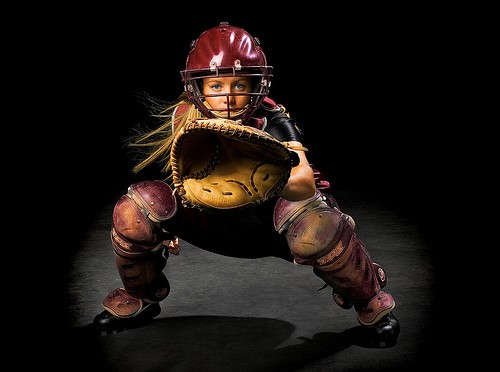 How to Protect the Knees of a Catcher

The position of the catcher is one that arguably (I will argue that because I was a catcher myself) requires the least amount of movement during the game with the possible exception of the first baseman. The catcher will have to stand from time to time in throwing the ball to the bases, chase errant pitches that get behind them and cover home plate when a runner is coming in.

However, catchers are arguably the most likely to suffer from long term issues with their knees because of the excessive squatting that they must perform through most of the game. In fact, many doctors report that while softball injuries do not occur as often as many contact sports, the most frequent comes from catchers who have usually injured their knees over time.

The pain and discomfort are actually worse for teenagers who are still in the process of growing. In many cases, teenagers will often quit the position and find another on the softball field in order to avoid damaging their knees even more. However, once the damage has been done, many catchers have reported continual pain in their knees long after their playing days are over with.

So, the problem is just exactly how can a catcher protect their knees while still performing at a high level during the game? To answer that, it is important to fully understand what is happening and then taking the appropriate steps to ensure that any damage to the knees are minimal at best.

What Causes Pain in the Knees?

In some ways, it causes injuries similar to repetitive motion that leaves the knees weaker and more susceptible to injury. Quite often, a single event that causes a tendon or ligaments to snap was set up by the years of abuse caused by being in a prolonged squatting position.

If not corrected soon, catchers will also suffer muscle damage to the knees as well, leaving them in chronic pain which is only exacerbated when standing, walking or jogging. Many catchers have suffered from permanent damage to their knees which have crippled their mobility.

How Can Knee Problems Be Avoided?

However, despite the rather dire sounding issues that surround the knees of a catcher, there have been several advances in how to prevent these injuries from taking place. Prevention is the best form of knee protection since you avoid all the issues that can crop up in your future. The earlier you act to protect your knees, the less likely you will suffer an injury or have to endure long term pain.

Knee-Savers: This is an interesting invention that is about as simple as it gets. A knee-saver is a little cushioned block that sits atop the back of the shin guards. This physically prevents the catcher from squatting fully down on their knees. The purpose is to increase the angle between the thigh and the knee which results in less stress being placed on the tendons, muscles and cartilage.

Currently, there are no long term studies that have been performed to know if knee-savers really work. However, simply increasing the angle of the knee from the thigh does offer some relief.

Stretches: This is the most traditional way to help avoid injuries to the knees. The purpose of the stretching is two-fold, to gain more flexibility so that the tendons and cartilage can be stretched further without injury and to strengthen the muscles in the knees as well. Interestingly enough, the best types of stretches are lunges and squats which will put the knee in a similar position, but not as much as the deep squatting that occurs during the game.

These types of stretches will help the tendons and muscles maintain their proper form and also loosen them up so that they are less susceptible to injury. In addition, it is recommended that catchers stretch after the game as well to help the muscles wind down.

Seek Immediate Treatment: As soon as any pain is felt or injury has occurred, it is best to seek out a physical therapist immediately. This is because the earlier the injury or pain can be addressed. The more likely a catcher will be to fully recover. At this point, a catcher should obtain a “patella-femoral brace” which will stability the kneecap and keep it properly aligned to help prevent further injury.

Plus, icing the area of pain can take down the swelling and also help in the recovery process as well by actually increasing the blood flow which accelerates the healing process as well.

Other Tips to Avoid Injury

In addition to knee-savers and stretches, catchers can employ a number of other methods to keep their knees healthier. Remember, it’s not just the time during the game that puts pressure on your knees, it also happens during practice as well.

During practice, keep a bucket of balls nearby so you don’t have to get up and chase them if the pitcher should fire one past you. Also, instead of squatting, sit on a small bucket, stool or cooler so that the pressure is off your knees. Limit the time you spend in the deep squatted position as much as possible during practice sessions.

In addition to your knees, keeping your hips, quadriceps and gluteus in shape will also take some pressure off of your knees. You’ll want to perform additional exercises away from practice that strengthens your core muscles and all of your leg muscles so that you have more overall strength and flexibility as well. This should also include your calves and hip flexors as well.

By taking a total approach, catchers can minimize the risk of long term damage to their knees with a combination of pre and post game stretches, exercises, knee-savers and limiting the time during practice of being in the deep squatted position. 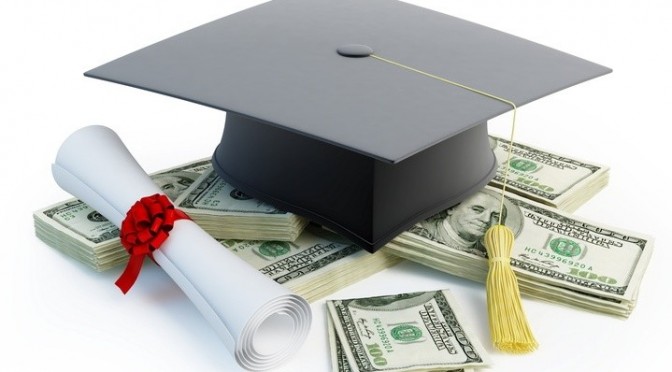 1. Know the game. Develop a clear understanding of NCAA rules and core course requirements. Create a recruiting game plan, then execute it with the same dedication you bring to your sport and your academic work.

2. Get verified. Make sure to have information about your athletic ability and academic qualifications verified by a source that college softball coaches trust and make sure it’s available online. This can vastly increase your chances of being “discovered.”

3. Get your video out there. Make sure that your highlight video and full game footage is viewable online or available in a format that can be easily distributed over the web as soon as a college coach requests it. Use our tools to get evaluated—this will help you target the right softball programs and help coaches find you more easily.

4. Contact 50-100 “right-fit” schools. Take a realistic look at your academic qualifications and athletic ability and set your recruiting targets accordingly. There are 289 Division II and 412 Division III schools that offer softball scholarships, and they can be great options for student athletes with the commitment and drive to play at the college level. Then go after them – you need to contact 50-100 realistic programs to get recruited.

5. Take control. You and your family – and not your high school coach – are ultimately responsible for the outcome of your recruiting process. 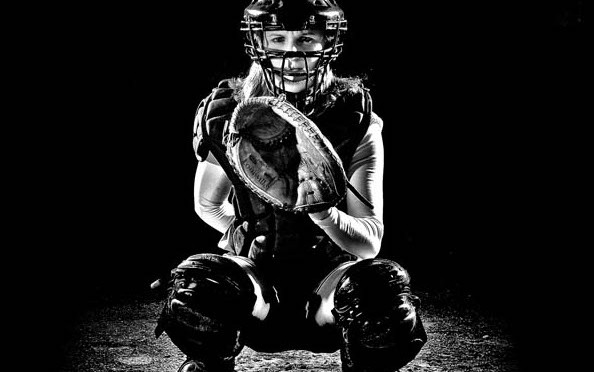 The target you give to the pitcher is one of the most crucial aspects to receiving the pitch. To receive the ball well and be able to frame the pitch we want to start by giving a nice open-glove target to the pitcher right down the middle of our body. We want to get her locked into the target. But when she starts her motion, we want to relax our hand and wrist so that we can adjust to the pitch. This relaxing of the hand and wrist should cause the glove to slightly drop or turn and the we turn up slightly up to receive the ball. This allows us not only to receive with nice soft hands but be able to react quickly to changes in location.

Below are some drills to work on receiving correctly:

The Tennis Ball Under-hand toss is great drill for many reasons. It promotes soft hands because the ball is light and takes some coordination to catch. It also promotes a good stance, if done correctly.  There are some good lessons to be learned by doing these drills 100% correct.

This drill is fairly simple. The coach (or a partner) throws the ball to different locations and the catcher basically catches the ball and holds it, as if she were presenting it to the umpire.  Your goal is to be the best receiver on the team and in the area. That was always my goal. It’s the only way to become the best!

Mix it Up: Mix in curve balls and change-ups so you can work on receiving these pitches the right way too. Gradually, make it harder on your partner – make her work!

Hello and welcome to the new PLAY BALL! blog. I’m so glad you’re here; I hope you find some interesting and helpful information, new ideas, and opportunities to join the conversation! Here’s where you’ll find the latest & greatest news on everything about women’s softball – from cool product updates, tips and drills, information on recruiting to interviews with leaders in women’s softball.

Plus you’ll see PLAY BALL! Athletes in the spotlight with our Student-Athlete star profile.  Along the way, we’ll try to make this blog a touch more interesting to read and allow you to be apart of the conversation.

So bookmark this blog, email to a friend/colleague or add our RSS feed, and let’s pump up the volume on news at PLAY BALL!. And of course, we’d love getting your feedback on PLAY BALL! and this blog — and what you want to see discussed (and showcased) in the future.

Until next time friends…

The Place for Women's Softball